Based on the incredible true story, Penguin Bloom follows Sam Bloom (Academy Award® nominated Naomi Watts), a young mother whose world is turned upside down after a near-fatal accident leaves her unable to walk. As she learns to adapt to her new life, she finds hope in an unlikely hero, a small bird named Penguin. On Netflix January 27, 2021.

About Netflix:
Netflix is the world’s leading streaming entertainment service with over 195 million paid memberships in over 190 countries enjoying TV series, documentaries and feature films across a wide variety of genres and languages. Members can watch as much as they want, anytime, anywhere, on any internet-connected screen. Members can play, pause and resume watching, all without commercials or commitments.

As a mom copes with the aftermath of a harrowing accident, she finds inspiration from an injured magpie taken in by her family. Based on a true story. 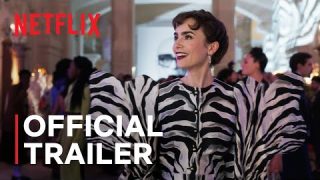